I’ve recently been trying a lot of home cooked Iranian/Persian foods and am really enjoying the intensity of the flavours that are so different from the other Asian foods I’ve had before. I’ve experimented with different recipes and I’ve cooked this fesenjan a few times, I’ve been told it tastes very authentic so I’m sharing the recipe I’ve adapted from this online version from the New York Times.  Fesenjan is typically eaten during special occasions in Iran, I like to make it when I have friends for dinner.

Having eaten this dish in various Persian restaurants in my home town, I think I’ve come close to the real deal! It’s not a particularly ‘pretty’ dish but it tastes amazing with a depth of flavour that is rare in a stew that only takes just over an hour to cook. It goes without saying that it tastes even better if left for a day to let the flavours melt together even more!

A word of advice to begin with, the sauce is meant to be very thick and ‘oily’ as the natural oils from the walnuts rise to the surface. Just mix the sauce up to combine the oil again. This recipe does not have any additional oil so it’s a pretty healthy dish overall! 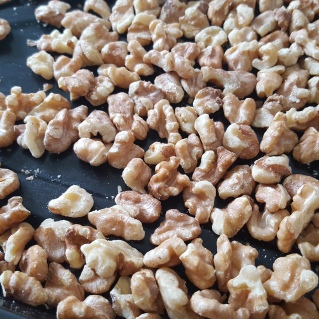 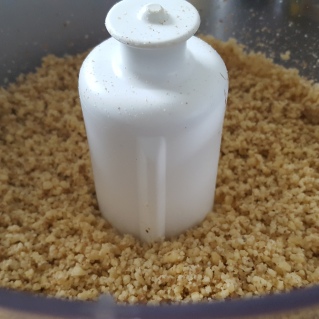 This is a very rich and heavy meal so the pomegranate seeds and salad help to lighten and lift the flavours somewhat.

Having started up a new business in the catering trade I am developing a range of baked goods and desserts that I hope my customers will enjoy. This recipe was inspired by the abundance of apples coming from my mother’s apple tree. She presented me with a bag of apples and asked me to bake an apple crumble. Then a few days later came another bag of apples so I did a bit of research and found a basic apple muffin recipe which I have adapted.

These muffins come out light and fluffy with a nice contrast between the tart apples and the warmth of the spices. A good basic muffin recipe that can be adapted as the seasons change and new fruits become the star of the show!

I started off adding cardamom to the muffins as it is my ‘go to’ spice for baking.

Then I got some feedback from customers and it seems that cinnamon is much preferred! It was also suggested that I put in more apples, so with a lot of home grown apples to use up I happily obliged! 🙂

To add some extra texture and additional flavour hit I added a spiced sugar on top of the muffins. As there is little sugar in the cake itself, the sugary top really helps to bring an extra dimension of flavour. On the cardamom spiced muffins I added the sugar topping at the end of baking but with the cinnamon version it was added as soon as the muffins went to the oven. The latter worked out better… 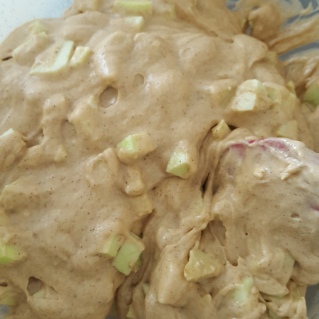 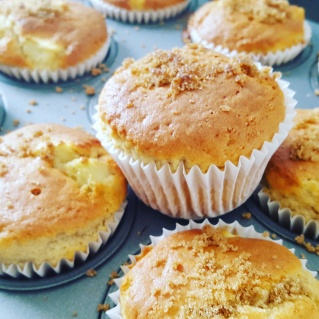 And if you have any apples left over make an apple crumble! Here’s one I made earlier… 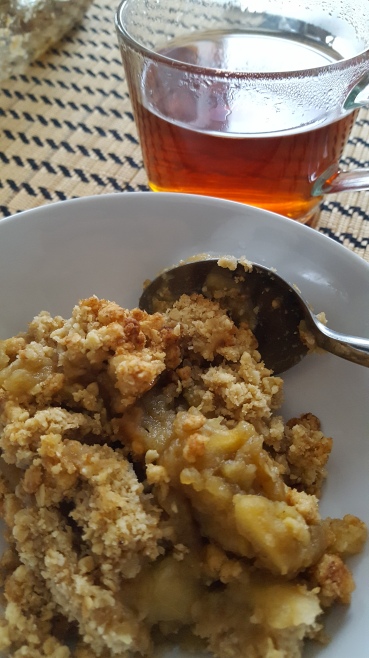